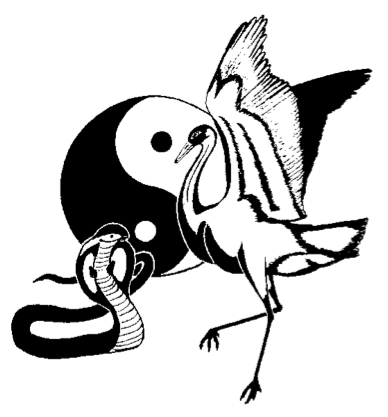 Tai Chi Chuan Flexible Boxing Fraternity
A Functional Martial Art
"The one word "relax" is the most difficult to achieve. All the rest follows naturally.... "Cheng Man-ch'ing

Training in Tai Chi Chuan since 1973

It is said that the soft overcomes the hard, extremely soft becomes extremely hard.

A.C.T. Fundamental Tai Chi Chuan is the Canberra branch of the Thai Keik Australia, an organization founded in 1979 and dedicated to teaching the entire Yang style of Tai Chi Chuan.

The teaching has a proud legacy: a lineage passed down from the renowned Cheng Man-Ching (鄭曼青) to Ye Xiu Ting (葉秀挺) in Malaysia, where it was taught to Tok Seng Gim (祝聖錦), Tan Khoom Ang (陳君安), who instructed and taught Eric Fitzgerald, director of the Canberra school.

Mr. Eric Fitzgerald teaches to preserve this strong and vibrant strain of Tai Chi Chuan that flourished in the martial furnace that was Malaysia in the 1950s and 1960s to help it grow and develop here in Australia.

Teaching at our school emphasizes the principles of technically correct practice, detailed, personal instruction and effective martial application of yielding and softness. The health benefits of the practice flow from adherence to the martial principles that made Tai Chi Chuan a famous art.